If you're not an animator, you might also get use out of sites like Mixamo that provide some free animations. To use these though, you need to retarget the animation for your skeleton in UE5.

First, open the Skeleton asset for your character. For the UE4 Mannequin, it should be called something like UE4_Mannequin_Skeleton. Once it's open for editing, click Retarget Manager at the top of the screen.

It will reveal a new side panel like the below. Select the the Humanoid option from the dropdown menu and it should automatically populate all the bones for your skeleton if you are using the UE4 mannequin. If you are not, you will probably have to manually make these assignments, as I did for the next skeleton in this section. 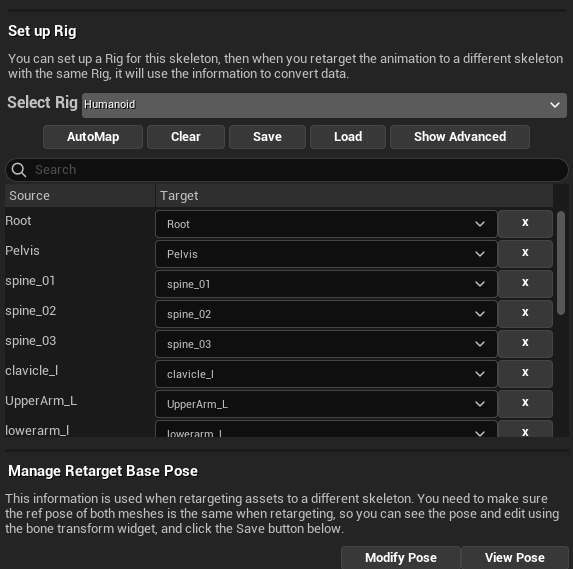 Next, click the Save button in the above Set up Rig dialog, and save the rig someplace safe.

Open the other Skeleton asset that was used for the animation you want to use, and again click the Retarget Manager button at the top of the screen. Then select the Humanoid option from the dropdown, and assign the bones to their respective members on the skeleton.

When you're finished, it should look like the screenshot below. Click the Show Advanced button and do the same for as many bones as you can. Don't worry if you can't figure some of them out, you can still produce a good result most of the time. It might seem like overkill to assign each finger, but if you're doing a punching animation like I was it will look more like a slap if you don't. 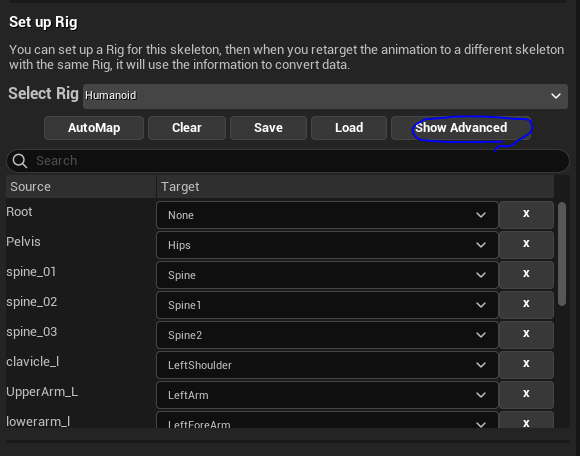 Click the Save button and storre this Rig asset somewhere. Then, make sure you also save changes to both Skeleton assets, and right click the animation you want to retarget. Select Duplicate Anim Assets and Retarget from the context menu as seen in the screenshot below.

Select your skeleton on the left hand side and then set a name for the file and choose a location to save the retargeted animation. 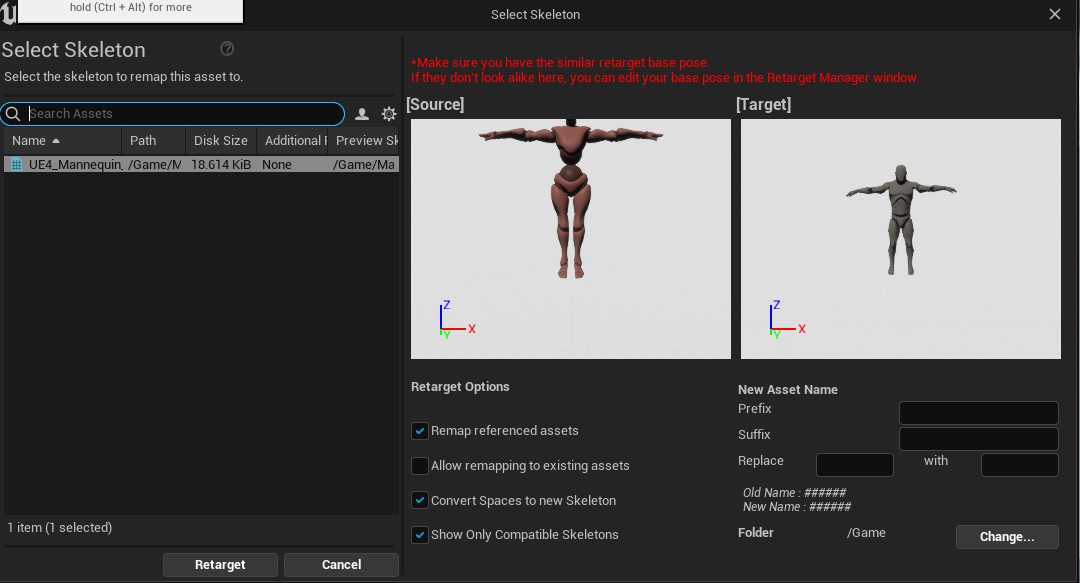 If the Source and Target skeletons dont have similar poses in the above dialog, open the skeleton with the abnormal pose in the Retarget Manager and adjust it to match the more normal pose. Then, in the Set up Rig dialog select Modify Pose->Use Current Pose as seen in the screenshot below. 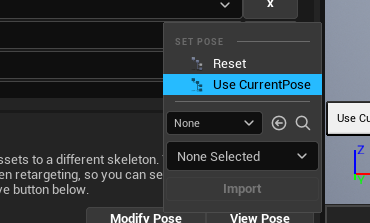 Once you're happy with the poses of the skeletons, you can retarget the animation and see the results. If you aren't happy with the retargeted animation, try defining more bones in the Rig assets for your skeletons, or maybe select a different animation.